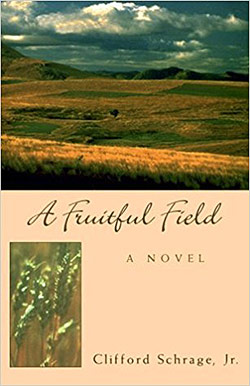 A novel about the breakdown of a late twentieth century marriage, which through Divine influence, desperate circumstances, and the authentic power of love found in commitment and forgiveness, moves into healing. The renewal of a once failed relationship initiates the exploration of an uncommon venture into building a large family through faith, adoption, and love for the orphan.

Young and married, Ed and Joanne Homer experience failure at coping with the challenges of marriage as they walk through the painful process of walking through their first child Grace’s terminal illness, which is followed by her death. Their separation and divorce bring both of them into dark excursions, searches for meaning, moral indiscretion, indulgence, and disillusionment.

Coming to terms with their disconnected understandings of their circumstances, pasts, prayer, and true love of one another, they reunite. Joanne has followed her husband across the country to where he’s moved in a subliminal escape from his pain. She is seeking reconciliation following their year-long separation. His acceptance of her, and her acceptance of him, as both learn how to forgive even the highest betrayals of one another, bring a deeper level of forgiveness and restoration to the human malaise.

With a new beginning in marriage and a new pursuit in uncovering the bidding of God in their united lives, they initiate a new life in family building, parenting, adoption, and helping make improvements in the lives of those who can’t help themselves. The reader explores some of the episodes, including humor and tragedy, found in the raising of the large Homer family.